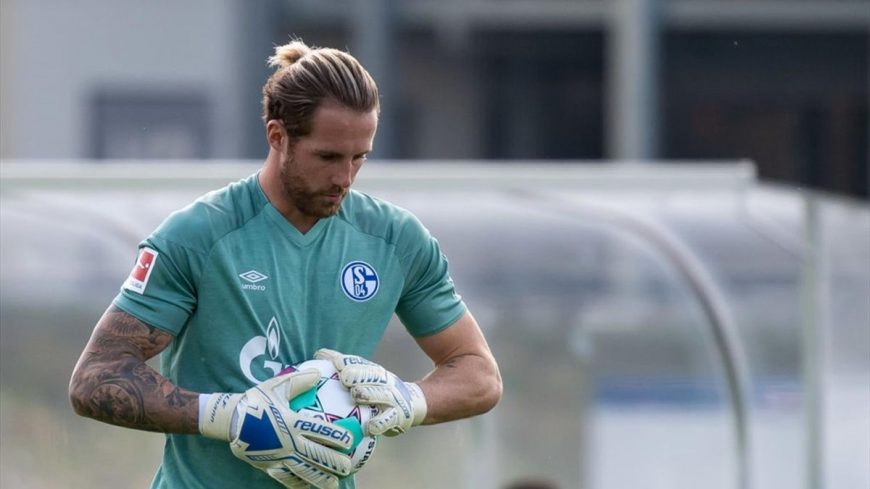 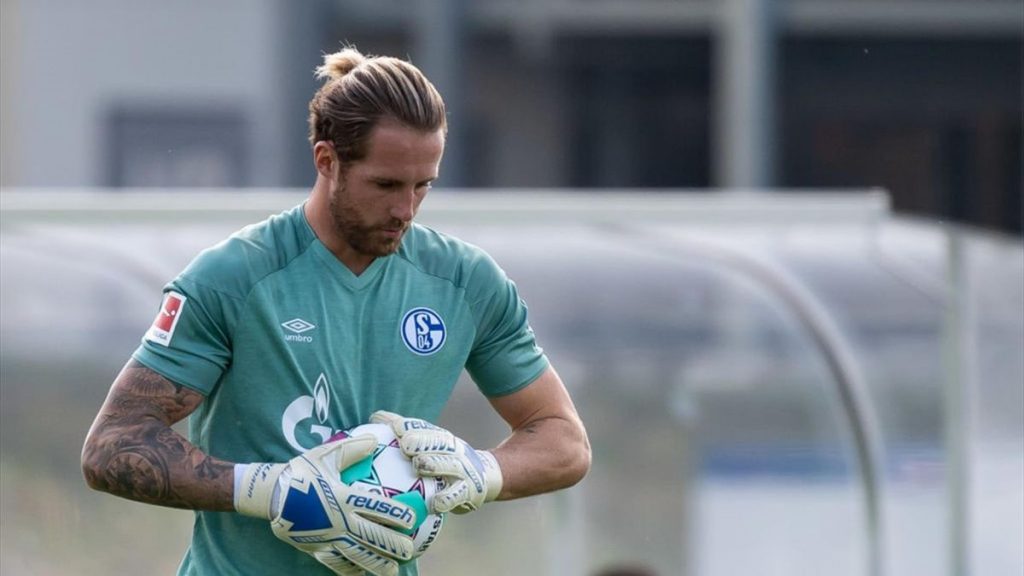 Following a two-week long interval due to the last international-break before the FIFA World Cup in Qatar, the 2022/23 Bundesliga resumes this Friday with Matchday 8. As always, we have collected the best weekly Bundesliga betting predictions for all the fixtures from this weekend.

The current 1.Bundesliga campaign has produced one of the most exciting starts in recent memory. At present, Union Berlin stays atop the league-standings after extending its unbeaten-run while Borussia Dortmund moved up to 2nd position. Freiburg dropped down a spot to 3rd in the standings while Hoffenheim has managed to stay in 4th spot for the moment. Meanwhile, reigning champions Bayern München is 5 points off the league-leaders in 5th place after going down to its first defeat of the season.

At the bottom-end, Bochum is still stuck at the foot of the table although it was finally able to open its tally for the campaign. Wolfsburg, Stuttgart and Bayer Leverkusen are all locked together on 5 points at the moment while Schalke 04 and Hertha Berlin are hanging just a point above them in the standings. 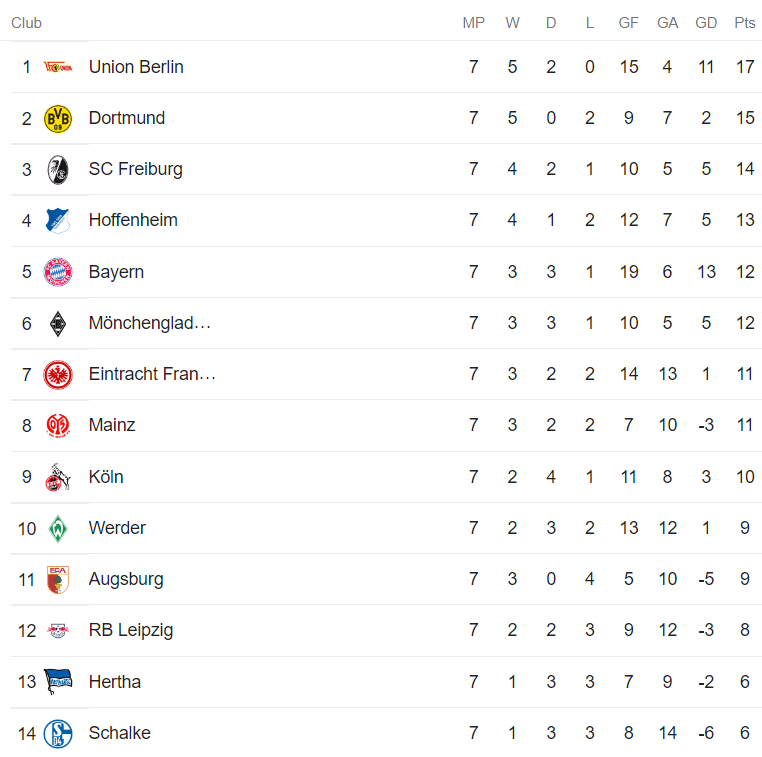 By its standards, Bayern München is in a crisis having failed to win its last 4 Bundesliga fixtures following the 1-0 loss to Augsburg on Matchday 7. Bayer Leverkusen could only take a 1-1 draw at home to Werder Bremen which leaves it with only 1 win this season.

In the opening game of the weekend, the 2.90 offer on the Double Chance for a draw or away-win looks the best punt for our Bundesliga betting tips experts. Bayern will be short on confidence after taking just 3 points from its last 4 matches while it will also be missing some key players for this clash. Leverkusen has shown some resilience of late and has returned with a win and a draw from its last 3 visits to Allianz Arena.

The 2.05 line on Under 2.5 Total Goals looks a pretty safe bet in this clash. Bayern may be the top-scorers of the Bundesliga but the champions have hit just 4 goals in the last 4 matches. Besides, Leverkusen averages less than 1.5 goals per game and it will be more focused on defending as this the most difficult away-game of the season.

Despite changing the manager, Leipzig’s form has not changed much after a 3-0 loss at Borussia M’gladbach in its previous fixture. Bochum named Thomas Letsch as the new head-coach after earning its first point of the campaign with a 1-1 draw at home to Köln.

For this fixture, our Bundesliga betting tips experts are keen on taking the 2.40 offer on the home-team to Win Both Halves. Despite struggling on the road, Leipzig has remained unbeaten at Red Bull Arena while collecting 7 points from its first 3 home-games while scoring in both halves in each of those games. On the other hand, Bochum has lost all of its 3 away-matches thus far while conceding 7 times in the process.

The 2.54 price on the home-side in the Match Result & Both Team to Score market also provides excellent value in this contest. Aside from having solid league-form at home, Leipzig has won all its 7 previous meetings with Bochum. The visitors therefore don’t stand much of a chance but it has managed to score 3 times in its 3 away-matches so far.

Anytime Goal Scorer 1st Half: Christopher Nkunku at 3.40 on Sportaza
1st Half Correct Score: Leipzig 2-0 Bochum at 5.20 on Sportaza

Köln has dropped down to the edge of the top-half after it was held to a 1-1 draw at Bochum on Matchday 7. Borussia Dortmund moved to 2nd position after securing a hard-fought 1-0 home-win over Schlake 04 in the Revierderby a couple of weeks back.

This does not seem to be a particularly high-scoring encounter and therefore the 2.33 price on Under 2.5 Total Goals looks a good option for ourBundesliga betting tips experts. Besides averaging less than 2 goals per game, Köln has only managed to score 3 times in its 3 home-games. Dortmund averages fewer than 1.5 goals per game this season and has struck just 4 times during its 3 league-matches on the road.

The 2.05 offer on the away-team for the Match Result also looks a decent betting-pick with slightly shorter returns. Köln has picked up just 2 league-wins this season and it has been somewhat fortunate to only suffer 1 defeat. Dortmund has won 2 of its 3 away-games in the Bundesliga and is unbeaten on its last 5 trips to RheinEnergieStadion.

Freiburg fell to 3rd spot in the Bundesliga table after it was held to another goalless-draw at Hoffenheim. Meanwhile Mainz had to battle long and hard before scoring the equaliser to collect a point in the 1-1 draw at home to Hertha Berlin.

According to our Bundesliga betting tips experts, the 2.62 offering on 2nd half to be the Highest Scoring Half for the away-side is worth taking a shot considering the trends of the two teams. Thus far Freiburg has let the opposition score just 5 goals, of which 4 were conceded in the 2nd half of matches. And Mainz has scored 7 times in its 7 league-games this season and 5 of those goals were scored during the latter-period.

And favouring the away-side at betting-odds of 2.40 in the Draw No Bet market will be a shrewd choice for this evenly-matched contest. Even though Freiburg lies at the top-end of the table it has managed to take just 4 points from its 3 home-games. On the other hand, Mainz has notched 3 wins from its 4 league-matches on the road.

Anytime Goal Scorer: Michael Gregoritsch at 3.14 on Sportaza
Half Time/Full Time: Draw/Draw at 5.33 on Sportaza

Eintracht Frankfurt came home with a 1-3 victory away at Stuttgart on Matchday 7 that has lifted the club up to 7th spot in the Bundesliga table. Meanwhile Union Berlin was able to keep hold of top-spot by registering a 2-0 home-win over Wolfsburg.

For this encounter, our Bundesliga betting tips experts would suggest taking the 2.05 line on No for the Both Teams to Score Market. While Eintracht Frankfurt is averaging 2 goals per game at the moment, it is not entirely reliable in the goal-scoring department. On the road, Union Berlin has been a bit erratic in front of goal but it has the tightest defence in the division and has kept 2 clean-sheets in 3 away-games.

Moreover, the 2.16 offer on the away-team for the First Goal is another excellent choice for this clash. Thus far, Eintracht Frankfurt has managed to score the opening-goal in just 2 of its 4 Bundesliga home-games this season. On the other side, Union Berlin has been able to open the scoring in all 7 league-matches this season.

Wolfsburg manager Niko Kovac is under huge pressure after his side went down to its 4th loss of the season with the 2-0 defeat at Union Berlin. Stuttgart is yet to pick up its first win of the campaign after losing 1-3 at home against Eintracht Frankfurt.

In the opinion of our Bundesliga betting tips experts, the 2.25 offer on Under 2.25 Total Goals looks the best option in this fixture. Wolfsburg is among the joint lowest-scoring teams in the division and has so far produced a mere 5 goals from its 7 league-matches. At the same time, Stuttgart is currently averaging just 1 goal per game this season but it has conceded only 4 times in its 3 away-matches.

Taking the 2.20 price on the away-side in the Draw No Bet market will be another good punt with seemingly a lot less risk. Wolfsburg has struggled to take advantage of home-field having taken just 2 points off its 3 matches at Volkswagen Arena. And Stuttgart is showing reasonably solid form on the road having secured 3 draws in its 3 away-games.

Match Result: Draw at 3.40 on Sportaza
Half Time/Full Time: Draw/Draw at 5.33 on Sportaza

Werder Bremen had to toil hard to earn a point on Matchday 7 after coming home with a 1-1 draw at Bayer Leverkusen. Meanwhile, Borussia M’gladbach gave a glimpse of the potential within the squad with a 3-0 demolition-job on Leipzig.

Despite having a slightly short price with betting-odds of 1.91, it seems to be the most secure for this fixture in the opinion of our Bundesliga betting tips experts. Thus far, Werder Bremen has scored 8 goals in the final 10 minutes which is the most by any team in the Bundesliga this season. On the other hand, Borussia M’gladbach has conceded the last goal of the game in 2 of its 3 away-matches.

Backing the away-team at 2.50 for the Match Result should also be a good pick. Werder Bremen has not shown its best form at home having tasted 2 defeats in 3 home-games so far. M’gladbach has stayed unbeaten on the road despite facing some tough top teams and has picked up 4 wins from its last 5 trips to the Weserstadion.

Hertha Berlin had to settle for a 1-1 draw at Mainz on Matchday 6 after conceding a late goal which extended its unbeaten-run to 3 games. After a confident start to the season, Hoffenheim was able to hang on to 4th place despite a 0-0 draw at home to Freiburg.

Opting for the 2.10 offer for 2-3 in the Goal Range market is arguably the safest bet for this clash in the view of our Bundesliga betting tips experts. Hertha Berlin has only managed to score 3 goals in its opening 3 home-games of the season although it looks a much better unit defensively. Hoffenheim has not produced a great deal on the road this season but it has conceded just 4 times in its 3 away-games.

The 2.71 line on the away-team in the 1st Half Result market is also worth a try at such an attractive price. Thus far, Hertha Berlin has managed to score just 2 goals inside the opening 45 minutes this season. And Hoffenheim has done much better in this regard having scored 6 times during the opening period.

Match Result & Both Team to Score: Hoffenheim & Yes at 3.60 on Sportaza
Last Goal Scorer: Andrej Kramaric at 6.00 on Sportaza

Hertha Berlin 1-2 Hoffenheim at 9.20 on Sportaza

Despite giving a pretty resilient performance, Schalke were eventually beaten 1-0 in the Revierderby by Borussia Dortmund. Meanwhile Augsburg produced the biggest upset of the season so far after taking a 1-0 win over Bayern München in their Bavarian derby.

For our Bundesliga betting tips experts, the 2.05 line on Over 2.5 & Yes for the Total Goals & Both Teams to Score Market looks to be the best pick of this fixture. Schalke has scored 6 times in its 3 home-games this season but it has also conceded 9 times at the other end. Therefore Augsburg could score a couple of goals in this fixture but might not get a clean-sheet even though it has let in only 2 goals on the road so far.

Choosing to take the 2.50 offer on the away-team in the Draw No Bet market will also be a good choice for this clash. Despite winning its last home-game, Schalke is still quite vulnerable at home due to its leaky defence. So Augsburg should not return empty-handed from this trip since it has picked up 2 wins from its 3 away-matches this season.

Claim your Welcome Bonus at EagleBet

Use a welcome offer on EagleBet – such as Sportaza – and use our 1.Bundesliga betting predictions to bet bold on the 1.Bundesliga.

EagleBet – soar with winners with our betting predictions.